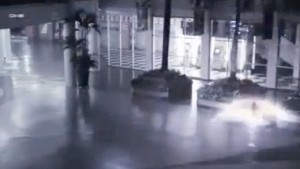 As the number of video cameras around the world has exploded, more footage than ever of really bizarre creatures is being captured by regular people.  Recently, a mysterious winged creature was caught on camera by a security camera in Indonesia.  The incident that you are about to watch was reportedly filmed on September 11th, 2011 at Cilandak Town Square in South Jakarta.  If this footage is real, it really is extraordinary.  In the video, a winged humanoid creature of some sort descends from the sky and rests on the ground for an instant.  There appears to be some sort of light pulsating around the body of the creature.  After a moment, the creature darts back into the sky.  Subsequently, security guards are seen rushing to the scene to investigate.  This video has already been viewed hundreds of thousands of times on YouTube and it is creating quite a bit of buzz.

Watch the video for yourself and see what you think….

So what could that winged creature be?

Some have suggested that it could be a demon.

Others have suggested that it could be an angel.

Yet others have suggested that it could be a human spirit or an extraterrestrial being.

Of course there is the possibility that the entire video could just be a giant hoax.

In this next YouTube video, you can see the footage of the winged being slowed down dramatically.  At one point in the video, the woman narrating the video describes what is happening in the following manner….

“You can see a humanoid surrounded by some type of wings and energy that is protecting it. … It’s very strange. I almost want to say that it is extraterrestrials or when people come out of their body. That’s the way we look like. … It’s a humanoid. It’s a man in there. I want to say that it’s naked, it had no clothes. … Now it’s facing us, and then it turns and faces to the right side. Whatever it is around him is pulsating.”

At a much slower speed this footage is even more intriguing.  Check out this video for yourself….

So will we ever find out if this video is real or not?

Will we ever learn the identity of the winged creature?

Unfortunately, we are probably not going to get the answers we seek any time soon. 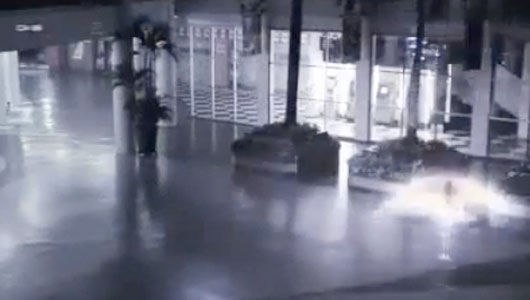