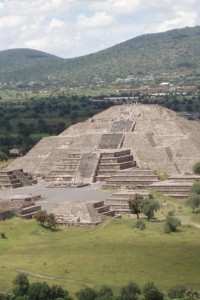 Almost everyone knows about the amazing pyramids in Egypt. We will have much, much more to say about those extraordinary structures in future posts. Many people out there even know about the massive pyramids that have been found in South America. But very few people know about the pyramids that have now been discovered in China, Bosnia, the United States, Europe and Russia. The truth is that hundreds of giant ancient pyramids have now been discovered all over the world.  Can all of these pyramids be attributed to one source? How could so many diverse civilizations all over the globe build such similar structures involving such advanced engineering?  This is one of the truly great mysteries of the ancient world.  You see, techniques were used in the construction of some of these ancient pyramids that mankind is only just now able to understand.

The video posted below has some great photos of many of these ancient pyramids from all over the world.  The music is not very good, but otherwise it is a very informative video…..