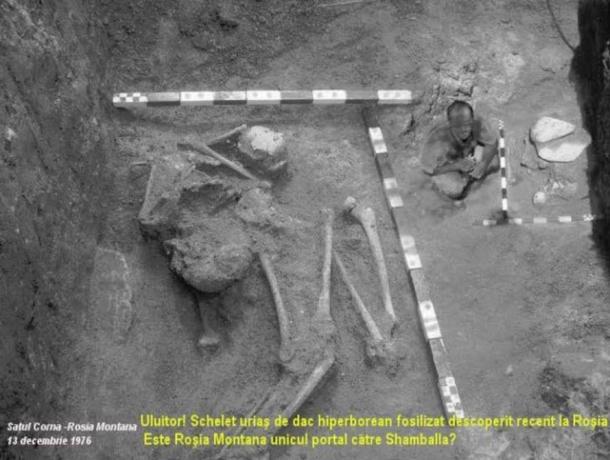 The gravestone was not the only unusual item found inside the gallery. On it, archaeologists found a 10 meter (32.8 ft.) tall skeleton of a giant. Apparently, the giant had been buried there after his death, with his legs gathered on one side. Lacking the proper equipment necessary to analyze such a find, the skeleton was sent to Moscow. Unfortunately, nothing has been reported about the giant ever since.

As for the tombstone, a new series of research was planned to analyze it in 2012. The relic was dug up once again and measurements showed that it was six meters (19.7 feet) wide, twelve meters (39.4 feet) long and three meters (9.8 feet) tall. It weighed almost 1700 tons and contained somewhere around 900 tons of solid gold. To make a comparison, such a quantity of gold would have required over twenty years of mining work to gather. The last thing known about the gravestone is that it had been cut up into 80 smaller pieces in order to make its transportation possible. As for its destination, it is not known where it lies today.