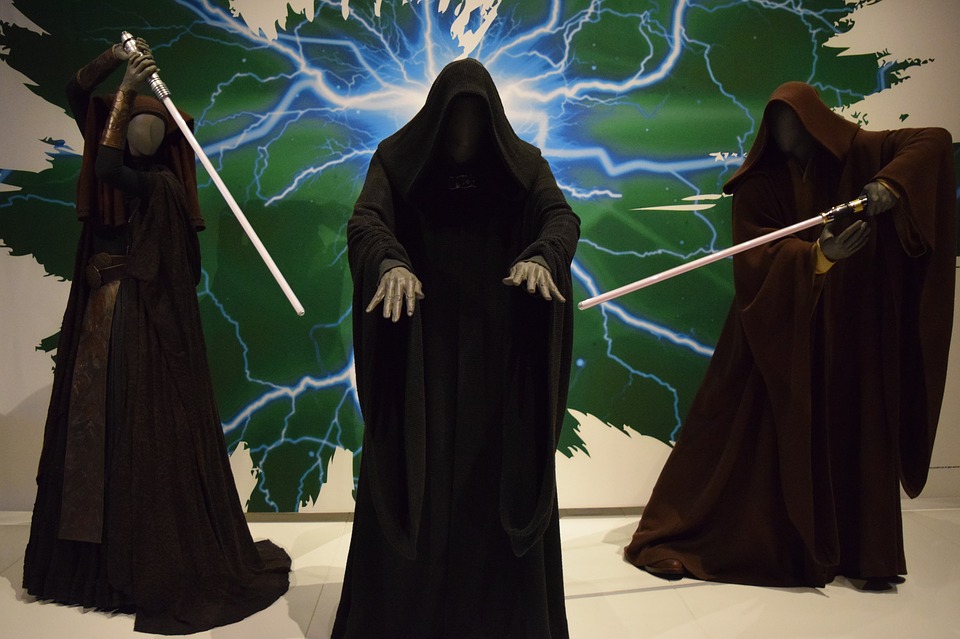 Yes, there are actually people out there that want to be a Jedi so badly that they have made “Jediism” their official religion. As you will see below, a new documentary entitled “American Jedi” has just been released that examines this phenomenon, and when I first heard about this I decided that I wanted to learn more. So I did some research, and I discovered that there is actually an official website for “the Temple of the Jedi Order” that bills itself as the “international church of Jediism”. And even though this “faith” is entirely based on fictitious characters, the IRS actually granted tax exempt status to the Temple of the Jedi Order in 2015.

I was seven years old when Star Wars first came out, and it definitely had a major impact on me.

But even as a child, I understood that it was just a movie.

Unfortunately, there are some people out there that are so drawn to “the Jedi Order” that they actually want to make it a religious faith. The following comes from the Huffington Post…

For small sects of the fanbase, however, the line between the two worlds has blurred, and their love for “Star Wars” has manifested itself into a religious devotion. Literally.

A new film called “American Jedi” is an enchanting look at this community.

This new documentary was filmed by Laurent Malaquais, and he told the Huffington Post that he “grew up in an environment where spirituality was about being inclusive of many religious practices.” So as he filmed this project, he felt that he was able to identify with those that have chosen to belong to “the Jedi community”.

Of course wherever there are Jedi, the Sith are not too far behind, and it turns out that “a practicing Sith” also plays a significant part in this film…

According to the Huffington Post, “American Jedi” follows one follower of Jediism in particular: Opie Macleod. While they were living in the Jedi community, Macleod discovered his wife was having an affair with his friend Miles Robinson, described as “a practicing Sith.”

“My student, who I had said was a Jedi Knight, not only tossed the Jedi path away, to follow and explore the Sith path,” Macleod said, the Huffington Post reported, “but also slept with a Sith.”

You can watch the trailer for this documentary right here. It is one thing to dress up like Luke Skywalker and wave a fake lightsaber around, but it is another thing entirely to make “Jediism” your religion. I guess it just shows how spiritually empty a lot of people are feeling these days.

This “code” doesn’t even make sense, and yet there are thousands upon thousands of people all over the world that have chosen to make this the foundation of their lives.

In recent years, you may have seen news stories about “the growth of the Jedi religion” in English-speaking countries around the globe. According to Wikipedia, this “movement” began in 2001…

The Jedi census phenomenon is a grassroots movement that was initiated in 2001 for residents of a number of English-speaking countries, urging them to record their religion as “Jedi” or “Jedi Knight” (after the quasi-religious order of Jedi Knights in the fictional Star Wars universe) on the national census.

Without a doubt, many are reporting “Jedi” as their religion to census officials just to be funny. But there are others that take this stuff deadly seriously, and their numbers are growing.

According to the New York Post, “Jediism” is now the seventh-largest religion in the United Kingdom, and it has 65,000 adherents in Australia…

The US census doesn’t count Jedi as a religion, but other countries’ data give us a sense of the size: In England it’s the seventh-largest religion, with 175,000 members; 15,000 Jedi can be found in the Czech Republic, along with 9,000 in Canada and 65,000 in Australia.

If the U.S. census actually included “Jedi” as an option, it would be fascinating to see what the numbers would be in the United States.

We live at a time when people are groping for answers to the most fundamental questions in life. Millions of Americans are feeling deeply disillusioned, and they don’t know where to turn. The spiritual void in our society is growing with each passing day, and the need for a new spiritual awakening has never been greater.

Michael Snyder is a Republican candidate for Congress in Idaho’s First Congressional District, and you can learn how you can get involved in the campaign on his official website. His new book entitled “Living A Life That Really Matters” is available in paperback and for the Kindle on Amazon.com.