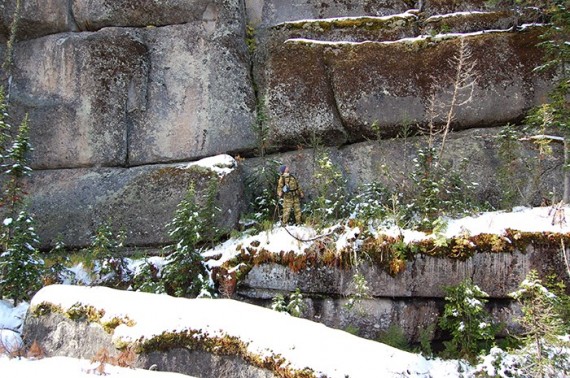 An incredible discovery that was recently made in Russia threatens to shatter conventional theories about the history of the planet.  On Mount Shoria in southern Siberia, researchers have found an absolutely massive wall of granite stones.  Some of these gigantic granite stones are estimated to weigh more than 3,000 tons, and as you will see below, many of them were cut “with flat surfaces, right angles, and sharp corners”.  Nothing of this magnitude has ever been discovered before.  The largest stone found at the megalithic ruins at Baalbek, Lebanon is less than 1,500 tons.  So how in the world did someone cut 3,000 ton granite stones with extreme precision, transport them up the side of a mountain and stack them 40 meters high?  According to the commonly accepted version of history, it would be impossible for ancient humans with very limited technology to accomplish such a thing.  Could it be possible that there is much more to the history of this planet than we are being taught?

For years, historians and archaeologists have absolutely marveled at the incredibly huge stones found at Baalbek.  But some of these stones in Russia are reportedly more than twice the size.  Needless to say, a lot of people are getting very excited about this discovery.  The following comes from a Mysterious Universe article…

Alternate history buffs are about to be whipped into a frenzy!  OK, maybe not, but they will find this interesting.

An ancient “super-megalithic” site has been found in the Siberian Mountains.  Found recently in Gornaya Shoria (Mount Shoria) in southern Siberia, this site consists of huge blocks of stone, which appear to be granite, with flat surfaces, right angles, and sharp corners.  The blocks appear to be stacked, almost in the manner of cyclopean masonry, and well…they’re enormous!

Russia is no stranger to ancient megalithic sites, like Arkaim or Russia’s Stonehenge, and the Manpupuner formation, just to name two, but the site at Shoria is unique in that, if it’s man-made, the blocks used are undoubtedly the largest ever worked by human hands.

When I say that this is a new discovery, I am not kidding.  In fact, the very first expedition to study these stones happened just a few months ago.  Prior to this expedition, there were no known photographs of these megalithic stones.  Archaeologist John Jensen is mystified by these ancient ruins, and the following is an excerpt from a post on his personal blog…

The super megaliths were found and photographed for the first time by Georgy Sidorov on a recent expedition to the Southern Siberian mountains. The following images are from Valery Uvarov’s Russian website.

There are no measurements given, but from the scale depicted by the human figures, these megaliths are much larger (as much as 2 to 3 times larger) than the largest known megaliths in the world. (Example: The Pregnant Woman Stone of Baalbek, Lebanon weighs in at approximately 1,260 ton). Some of these megaliths could easily weigh upwards of 3,000 to 4,000 tons.

Below, I have posted some of the images that he was referring to.  As you can see, they are absolutely stunning… 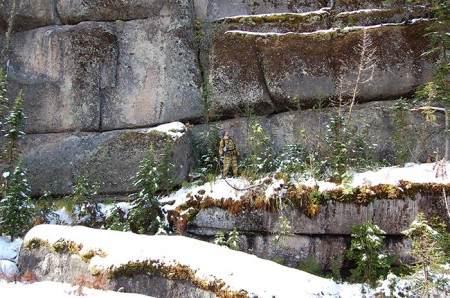 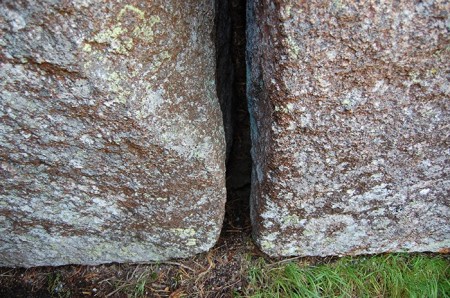 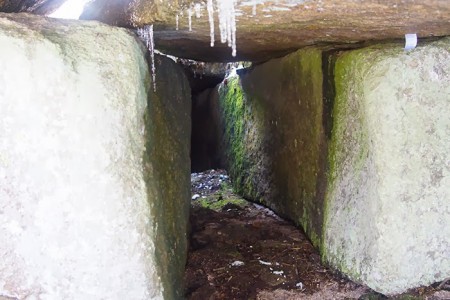 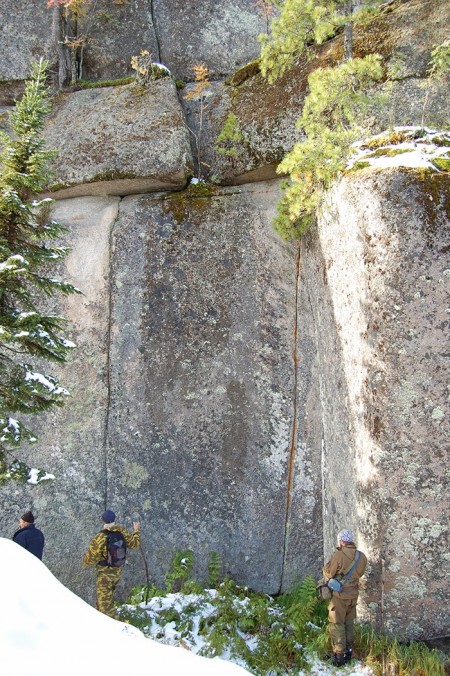 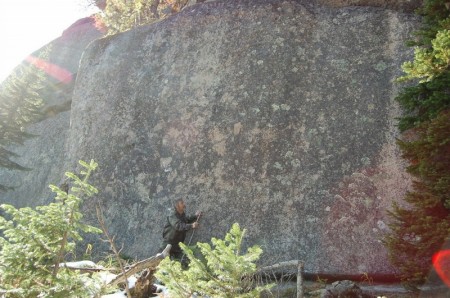 Another very unusual thing about these stones is that they caused the compasses of the researchers to start behaving very strangely.

Some events that were happening during the autumn expedition could probably be called mystical. The compasses of the geologists behaved very strangely, for some unknown reason their arrows were deviating from the megaliths. What could this mean? All that was clear was that they came across an inexplicable phenomenon of the negative geomagnetic field. Could this be a remnant of ancient antigravity technologies?

Of course much more research needs to be done on this site.

Nobody knows who cut these stones or how old they are.

These megaliths reach well back into the mists of pre-history, so far in fact, that conjecture about their ‘builders’, methods, purpose and meaning is pure speculation, and as such, I would hesitate to offer any observation at all, other than to say our pre-historical past is richer than we ever dreamed.

These stones are likely to remain an unsolved mystery for a very long time.

But what is abundantly clear is that according to the commonly accepted version of history they should not be there. 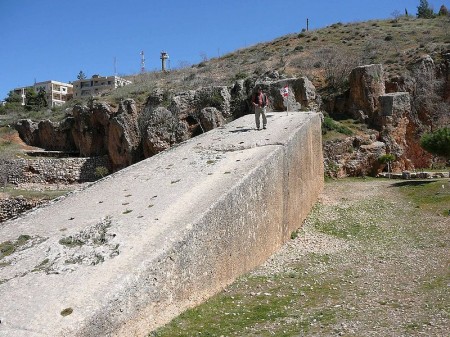 The ancient city of Baalbek is one of the greatest archaeological mysteries of all time. Located east of the Litani River in the Bekaa Valley of Lebanon, Baalbek is world famous for its exquisitely detailed yet monumentally scaled Roman temple ruins. In Roman times, Baalbek was known as Heliopolis (after the sun god) and it contained some of the largest and most notable Roman temples ever built. In fact, the Romans had constructed an extraordinary temple complex in Baalbek consisting of three separate temples – one for Jupiter, one for Bacchus and one for Venus. But what these Roman temples were built on top of is much more important. These Roman temples were actually built on top of an ancient 5 million square foot platform that was made from some of the largest stones ever used in any construction project in the history of the earth.  In fact, the largest stone found near the Baalbek ruins weighs approximately 1200 tons and is about 64 feet long.  To put that in perspective, that is the equivalent of approximately 156 full size African elephants.

How people in ancient times were able to move such massive stones is a complete mystery.  In fact, these giant construction stones were stacked so closely together that you can’t even fit a piece of paper between many of them.  Many of the architectural feats found at Baalbek cannot even be duplicated with 21st century technology.

So how did they do it?

How did they move such massive stones to create a structure of such intricate precision?

Keep in mind that the base of the Baalbek ruins alone weighs approximately 5 billion tons.

Evidence continues to mount that very sophisticated technology was used in the ancient world.

So who were they and what happened to them?

Could it be possible that they were wiped out by a massive global cataclysm such as a global flood?