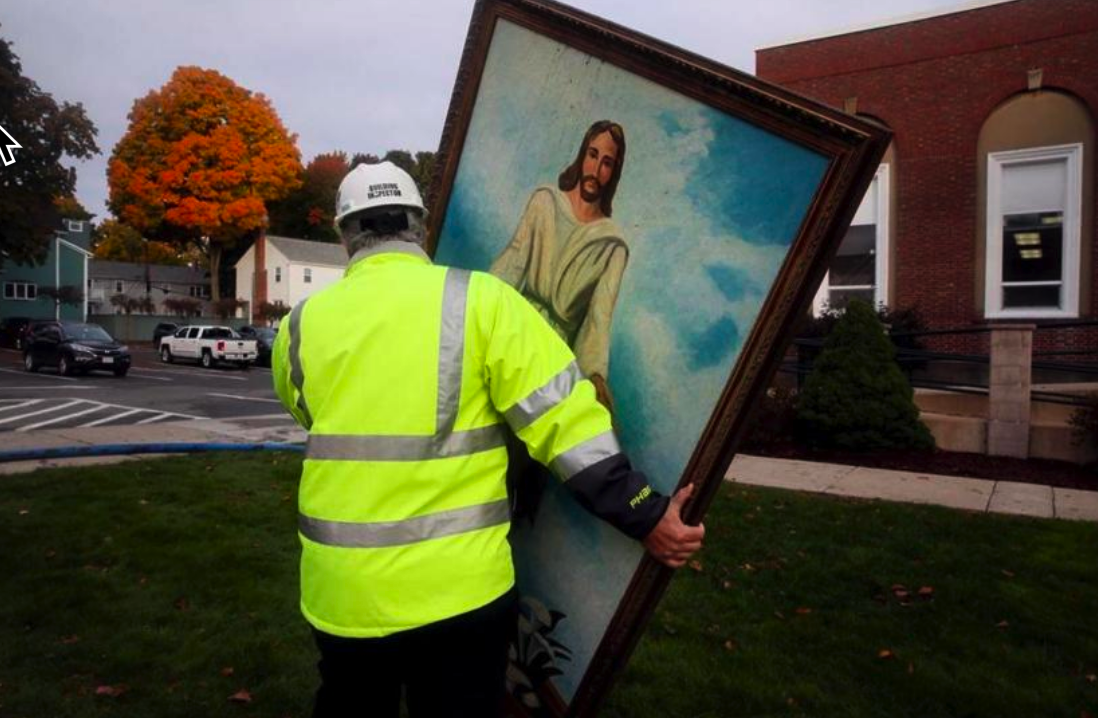 Do you believe in miracles?  On Tuesday night, a lightning strike ignited a roaring inferno which utterly consumed the First Baptist Church of Wakefield.  The city of Wakefield is located in northeastern Massachusetts, and it is being estimated that about a million dollars worth of damage was done by the fire.  But one item appears to have entirely escaped damage from the flames, from the smoke and even from all of the water that was poured on to the building to extinguish the fire.  A painting of Jesus Christ was removed from the wreckage of the building “nearly untouched with only a few drops of water on it”… (Read More.....)