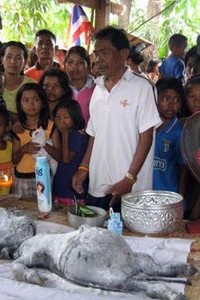 One of the great mysteries in the world today is why so many freakishly bizarre creatures are being born to animals around the globe.  For example, last year an incredibly bizarre alien hybrid creature was born to a cow in Thailand.  It seems to have the head of a human, the limbs and tail of a cow and yet the color of a grey alien.  So what in the world is it, and why was it born to a cow?  Nobody seems to know.  But what is certain is that something is just not right with that creature.  Unfortunately the creature did not live or much more could have been potentially learned about it.  Could normal birth defects have produced such a bizarre creature?  That certainly seems unlikely.  So what happened?  At this point it is still a mystery.

The truth is that lots of “weird births” have been popping up all over the globe.  Could aliens be involved? It is true that many of those who have been abducted by aliens have reported that they are obsessed with reproductive matters.  Could this weird hybrid creature be the result of some weird alien reproductive experiment gone horribly wrong?  Perhaps we will never know.

Here is another picture of the creature…. Here is yet another photo….. 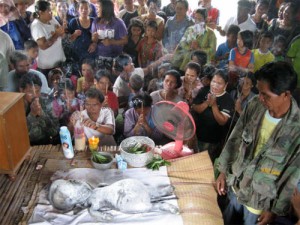