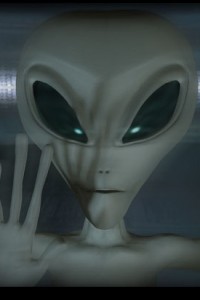 Do UFOs actually exist?  That is a question that has been hotly debated all over the world for decades.  But as reports of UFO sightings continue to pour in all over the globe, the nature of the debate is changing.  Rather than asking whether or not UFOs exist, an increasing number of people are wondering who is piloting them, where they are from and what it is that they want.  So much solid evidence has come in from so many diverse sources all over the globe that it is getting really hard to deny that something is going on.  So just what is going on?  Do the creatures piloting these crafts have noble intentions?  Why won’t they just reveal themselves openly?  Will they be making open contact with humanity during our lifetimes?  What would that mean for humanity if they did?

There are a lot of questions that we just don’t have answers for right now.

But these kinds of questions are increasingly being asked by the mainstream media.

For example, Larry King Live has not been shy about discussing UFOs.  In the video posted below, you can actually see Larry King and a guest discuss footage of a UFO shooting some sort of a light beam at a U.S. military missile test….

In fact, CNN seems quite comfortable reporting on the UFO phenomenon now.  Check out this report by CNN about the UFO sightings in Stephensville, Texas a while back….

But UFOs are not just showing up in the United States.

They are literally showing up all over the world.

This next video contains footage of an alleged “shape shifting” UFO that was reportedly taken by a young child in Brazil.

This next video was reportedly filmed by a farmer working in his fields in Russia.  There are some researchers that are referring to the craft in this video as a “mothership”….

One of the most extraordinary UFO sightings of the past year came out of China.  During a solar eclipse on July 22nd, scientists at the Purple Mountain Observatory in Nanjing, China believe that they captured some of the most amazing UFO footage of all time.  The UFO in the video below was filmed for 40 minutes by the scientists and it was seen by several dozen Chinese students as well, and a number of them also photographed or filmed the UFO….

The truth is that this is just a very small sample of the UFO videos that are out there.  They are coming in from every corner of the globe and from a vast array of different people.  It is hard to label the UFO phenomenon as a hoax when there is so much evidence to the contrary.  Certainly not every video or reported UFO sighting checks out, but a whole lot of them do.  UFO sightings have been reported by airline pilots, military officers, scientists and many other highly respected individuals.

Are they all lying?

Are they all imagining something?

Something is going on out there.

But until these UFOs decide to make open contact with humanity they will remain one of the great mysteries of the world.